Skip to content
Posted on April 5, 2018 by Mike Wimmers Posted in Sports

Conor McGregor has officially lost his mind and is a maniac on the loose. Now we all know Conor has been a loose cannon since he’s entered the UFC. He has a larger than life attitude and the more money this guy has earned, the more trouble he has found himself in. But after today’s stunt at the Barclays Center in Brooklyn, New York he may have finally shot himself in the foot and might be on his way out. 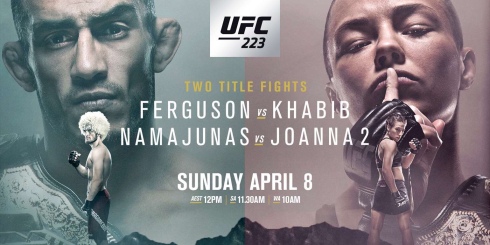 So earlier this afternoon at the Barclays Center the UFC held media day for the upcoming card, UFC 223, which is scheduled for Saturday night. All the fighters on the card are scheduled to be there. But wait a minute now… today we had a special guest come in and crash the party. The Notorious Conor McGregor.

Alittle background story for why he stormed into media day today. McGregor (former UFC lightweight champion) who hasn’t fought in the octagon in a year and a half, has been accused of ducking Khabib Nurmagomedov. Earlier this Khabib and his team cornered Conor’s teammate Artem Lobov who was scheduled to fight on Saturday. Which is no longer happening. So apparently Conor got annoyed at Khabib for harassing his teammate and flew ALL the way from fucking Ireland to New York overnight to be at media day. Did he come to talk or confront Khabib? Nope.

This crazy Irish bastard found his way to the loading dock of the arena and found Khabibs bus that was occupied with him and his teammates. The bus was leaving to go back to the hotel. But not so fast says Mr. McGregor. Conor in a fit of rage began to throw anything he could got his Irish hands on. Bike racks, chairs, barricades, handtrucks. This guy whipped a fucking moving dolly threw one of the buses windows and ended up injuring Michael Chiesa who is scheduled to fight Anthony Pettis on Saturday. That fight is now in jeopardy due to Chiesa suffering lacerations to his head and face.

Point blank. This whole stunt is not acceptable. Dana White said this is the worst thing to happen in the entire companies existence. Apparently there may be a warrant out for McGregors arrest. This whole story is out of control. Now I love McGregor in the octagon but ever since this Mayweather fight he’s been an egotistical maniac. I don’t know what’s next for Conor, I don’t know if we will ever see him in the UFC again. But this is a very very bad luck for Conor McGregor.