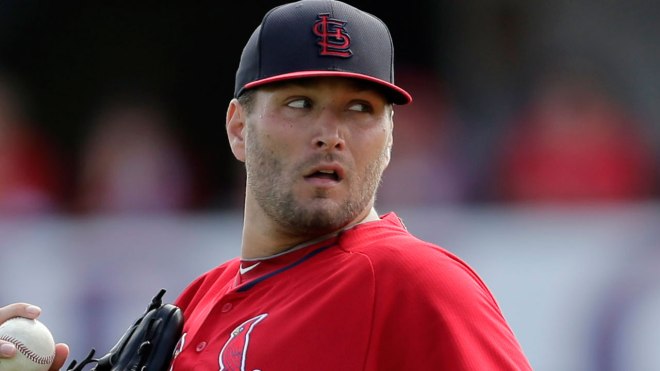 You better believe that Brian Cashman has once again killed the game. While all the other GMs in baseball are out here playing checkers, Cashman is out here playing three-dimensional fucking chess like the mad genius he is. Hours ago Cash Daddy traded away team brawler and first baseman Tyler Austin and RHP Luis Rijo to the Minnesota Twins for pitcher Lance Lynn and cash considerations. Not a horrible trade at all if you ask me. ” Why didn’t we go after deGrom or Archer!?!” I guarantee you there are idiots out there yelling that somewhere. WE AREN’T GETTING DeGROM OR ARCHER WITHOUT GIVING UP A KINGS RANSOM YOU STOOGES. Accept it already. It isn’t going to happen.

Tyler Austin who was never going to have actual playing time, especially with the resurgence of a healthy Greg Bird, will more than likely get some decent playing time and quite possibly a shot at the starting job there as well. Joe Mauer, whose contract is set to expire at the end of this season, is currently the starter at first for the Twinkies. So if everything works out for Austin he should be taking over for Mauer next season or the year after. So from me and to all of us Yankees fans out there. Thank you Tyler Austin for smacking Joe Kelly around earlier this year. We will always love you for that one big guy.

So what does Lance Lynn bring to the Yankees? He’s a guy who will round out the rotation. He’s another guy who can eat up some innings and take some work load off of the bullpen. He has been on a slow decline the last 3-4 season. He had a career year in 2012 with a record of 18-7 with an ERA of 3.78. He then proceeded to go 15-10 in back to back seasons. And then 12-11 followed by an 11-8 season. Currently this season, his first in the American League, he is 7-8 with an 5.10 ERA. Probably his worst season statistically so far, probably because he’s playing in a real league and not the peewee National League anymore, but it’s not too late to turn things around that’s for sure. Hopefully with an offense like the Yankees he’ll get the run support he needs and can come out for a solid 5-6 innings and find his groove again.

Solid trade for both teams, Twins get Mauer’s potential replacement, a young guy with a decent bat and is hungry for a spot. The Yankees get another mid tier starting pitcher to strengthen their rotation heading into the stretch. We could probably expect to see Lynn pitch against Boston in their four game series beginning on Thursday. Is it going to be enough to run throw teams like Houston or even Boston. I’m not really sure we just have to sit here and wait to see. Possibly Cashman has a bigger trick up his sleeve, I mean after all, the addition of Lynn gives us 6 starters. Sevy, Tanaka, Lynn, Gray, Happ and CC. One has to go or move into the bullpen, so who’s it going to be?